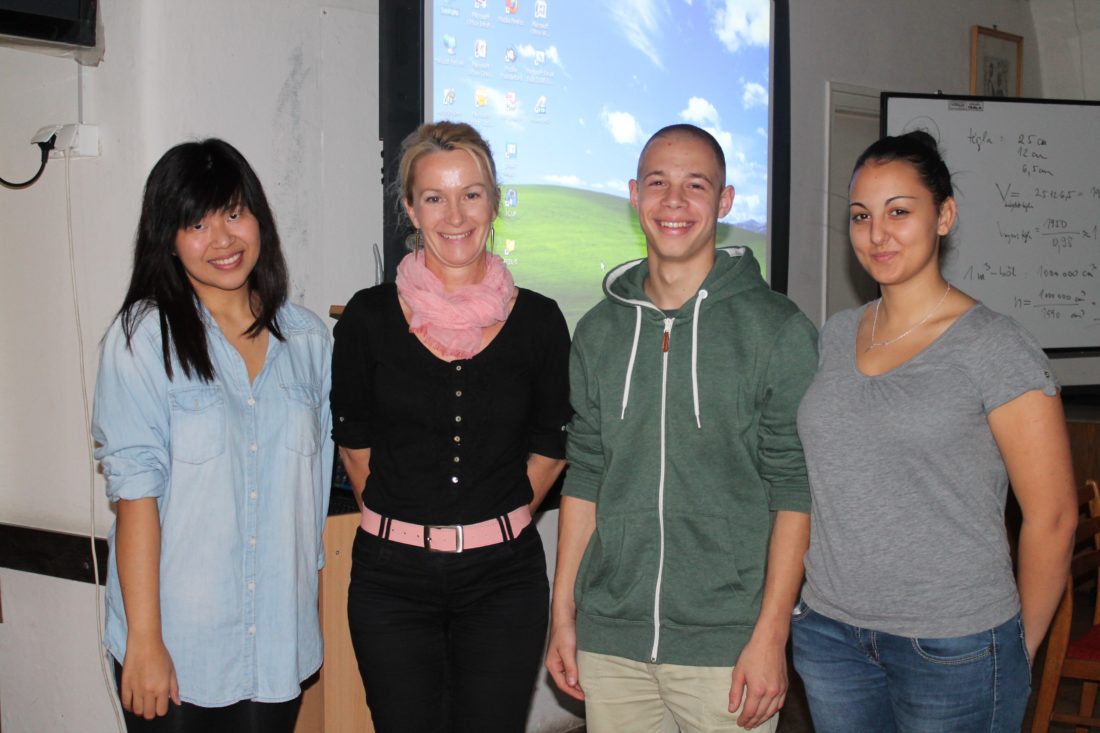 Yina visited us during the English lesson. Gálosi Patrik and I are 10th grade students on law enforcement faculty. Our English teacher was happy to organise the irregular English lesson, and also the other English teachers were invited. Yina had a presentation about Singapore with ppt. She told us where her country is and its size is much smaller than the size of Hungary but the population is much higher. The country is relatively young because it became an independent state in the 19th century. We also learned that there are many different cultures and religions in the state. Yina told us about the education system of the country and we had a virtual tour in her school. It was interesting to hear about the special food from her country. They eat rice and pasta very often but rarely bread. Fast food restaurants and buffets are part of everyday cousin in Singapore. Young people like spending their free time in shopping malls where they kill time. Discos are really expansive and the students cannot afford the entrance fee. Their flats are built in a similar way as the panel buildings here, but the flats are smaller. The living rooms have the same size like a bathroom in Hungary.

Among feasts the New Year is the most important for them, it lasts for 15 days. My classmates and the teachers had many questions which were answered full in depth. Thank you very much for the chance that Yina visited us.