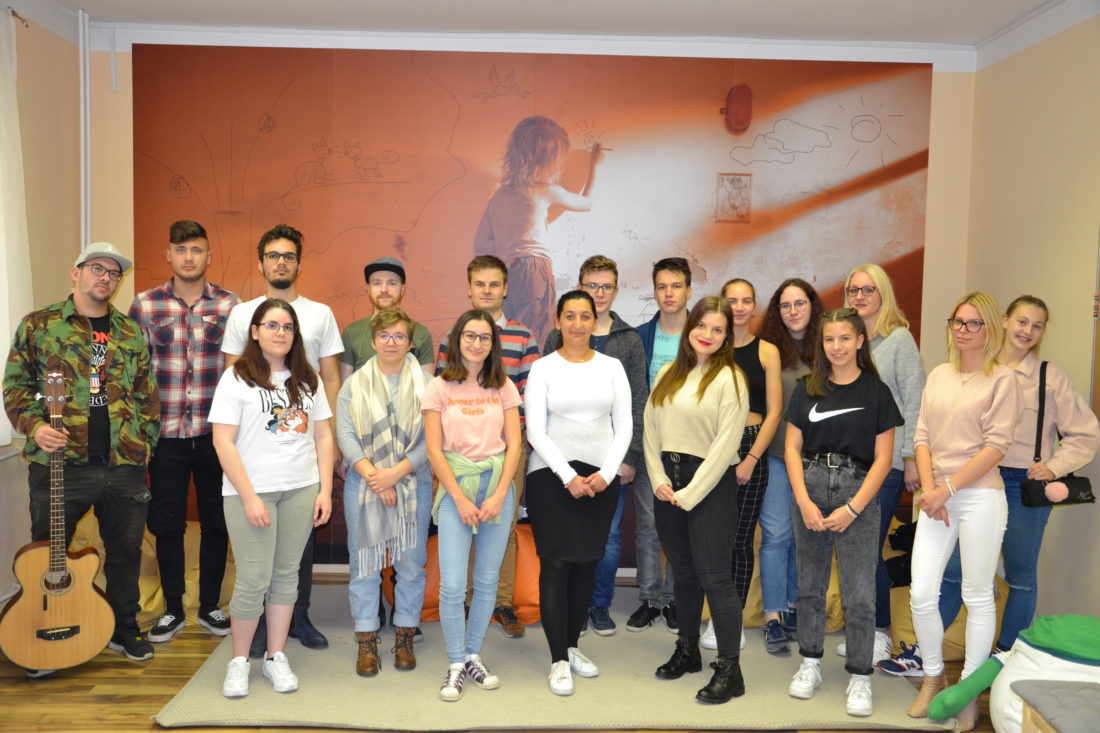 On 24th of October the Pécs Community House filled up with loud tunes and melodies, because Csányi Band and the Csányi orchestra played. The two different musical styles had enough space at our house, we had group and individual work at the same time.

“We were really waiting for this day, because we couldn’t meet since February. It is a new fact that Tihamér officially became the member of Pécs 3 group and he prepared with fascinating and interesting games for the other members. After lunch we have started to deal with an old song, but surprisingly everybody remembered well and the instructions were easy. Moreover, we are preparing for a cooperation with Csányi Band and Csányi Orchestra for the next Lifelong Advantage Program Day. We were dealing with this performance during the day and everybody was constructive in this project.” Members of the Csányi Orchestra.

“The day has passed with hard work and practice. It is a pleasure for us that Balázs got his new guitar and he can continue the work with it. The band has remastered some older popular music tracks and some new melodies. After the practice, in the evening we have planned our common work with the Csányi Orchestra and we are really waiting for this! See you again in November!” Members of the Csányi Band