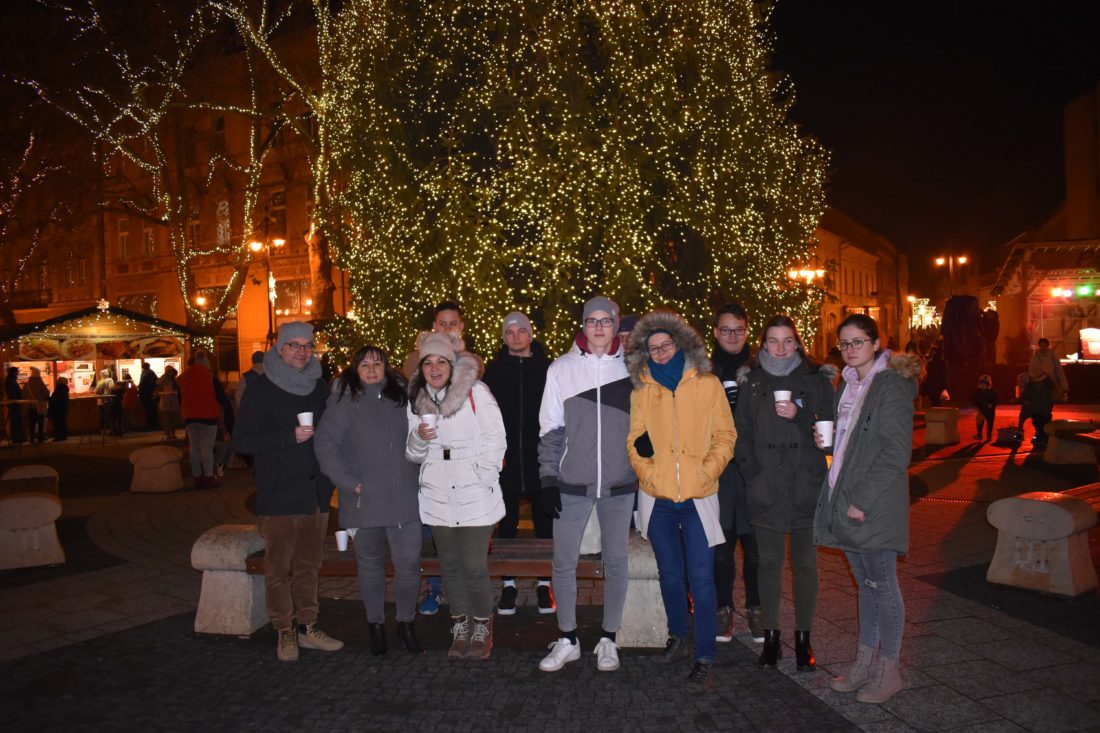 Kaposvár: The series of Advent Family Days began on Sunday afternoon at the Kaposvár Community House with Group 4th. At the request of the children there was a cinema and at the request of the parents a handicraft was organized. Imaginative, we traveled to the Arctic with the help of the Polar Express, and after the movie, the kids were asked interesting quiz questions, which were solved in groups and, of course, the well-deserved prizes were not missed.After that, they could try it out in various crafts workshops, including sand painting, gingerbread decoration and silk painting. There were also more beautiful Advent wreaths and door decorations that everyone happily took home.We had a very cozy, intimate evening, at the end of which all families received the Christmas package, they are very thankful to the Csányi Foundation. We wish you all a happy holiday! Marianna Halász, mentor, K4

Szeged: On the 7th December 2019, members of Group 2 of Szeged and their families had an Advent Ceremony together. On the intimidate event we remembered together this year’s memories within an easy conversation. At the end of the ceremony, we watched together a compilation of this year’s photos, after which the children were gifted by our supporter volunteer, Csaba Nagy. According to our traditions, we ended the Advent Evening with lighting the candles and sparklers. Anna Benczúr, Group 2 of Szeged

The Community House in Szeged had its Advent family days on 7th and 8th of December. The fifth class students from group three met on the 8th at 1 p.m. to taste the first Advent family day. Our biggest room seemed small again as so many children, sisters and brothers, parents and grandparents came to celebrate the day together. First, Patyi Izabella recited her Christmas poem than Fábián Berta played on flute some Christmas pieces. After the performances, we looked back on the past year which was followed by the story of the four Advent candles and we also lit the second candle while the presents were given to the families. The best of all was the yearbook with all the good moments that happened during the year. In the afternoon at four o’clock the secondary school students of group three arrived for their family day. After the late summer family day, we came together again to chat, remember and have a nice afternoon together. A lot happened in 2019 and proof of it is the thicker and thicker yearbook. All the children, parents and grandparents thank for the Foundation the support and all year work. 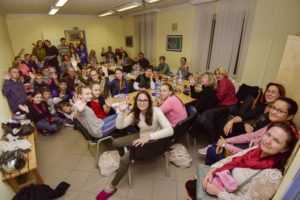 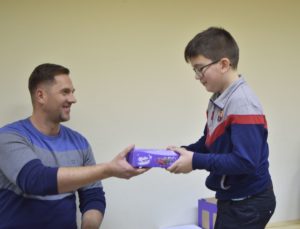 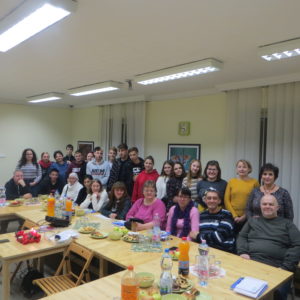 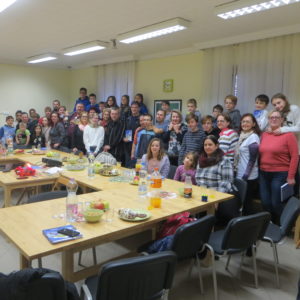 Pécs: On the second weekend of Advent time (8th December) the groups from Pécs held their Family Day in the Community House. The house was full of children and parents together with the mentors. The afternoon started with a performance by Pécs 2 group and it was followed by an Advent concert from the Chamber Orchestra. Then we have visited the Advent market of Pécs, where we met Santa Claus. The warm tea have never felt better after the walk in the house again. After this, everyone could choose a DIY room, where we made Christmas cards and ornaments. Finally, the presents and the Yearbooks from the Csányi Foundation were given for the families. Thank you for the various programs and the Christmas gifts! We wish you a merry Christmas all! Pécs mentors 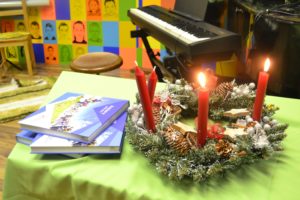