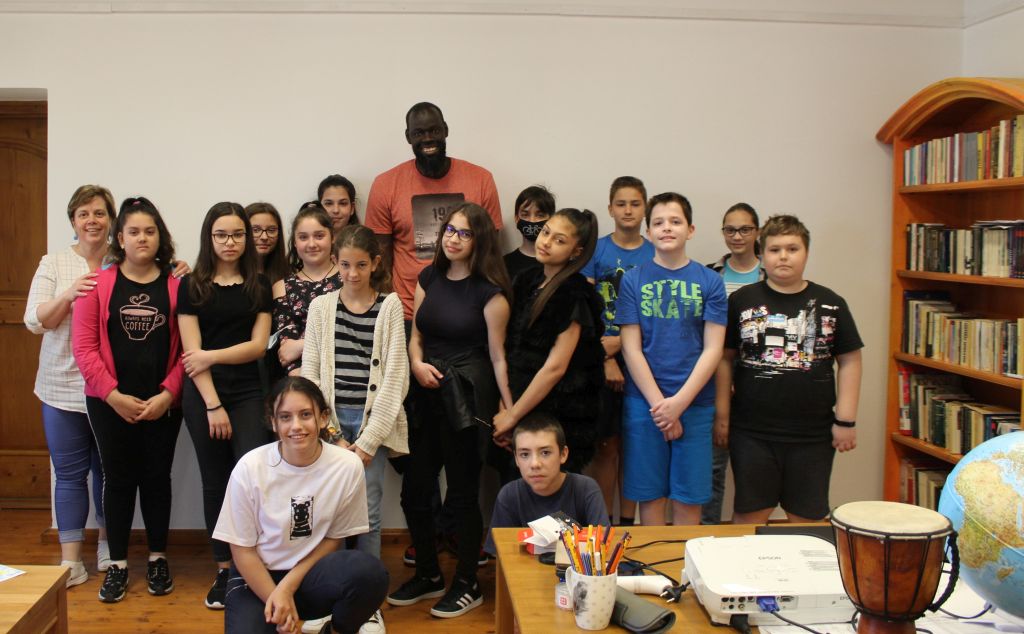 On Saturday, June 5, our “Food of the World – The World of Food” program series ended, during which we got to know the five continents. Our last stop was Africa, which was a worthy end to the school year with fantastic programs. The day before, we visited an ostrich farm to learn about the habitat and habits of these African animals and to get the ingredients for our Saturday lunch: the ostrich egg. 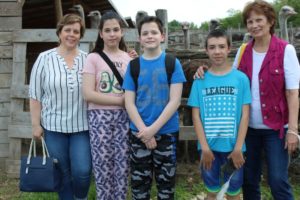 On Saturday, June 5, our “Food of the World – The World of Food” program series ended, during which we got to know the five continents. Within the Compass project, Jászság Group 4 is Up for adventure! it is given its subproject a name because we love to travel, to see the world, we love new adventures. Our last stop was Africa, which was a worthy end to the school year with fantastic programs. The day before, we visited an ostrich farm to learn about the habitat and habits of these African animals and to get the ingredients for our Saturday lunch: the ostrich egg.

“The Struccfészek farm based on decades of animal husbandry experience and love of work on the border of Jászberény. The sandy soil is favorable for ostriches, which, although not native to Europe, have adapted to this climate. The purpose of the family farm is “organic farming”. Instead of antibiotics and veterinary medicines, herbs found in nature are used for healing, such as nettle, lemongrass or horse chestnut meal. One of the enthusiastic caretakers, Fruzsina, said many interesting things about hatching, ostrich breeding and customs. In the “ostrich wise” we looked at the little ones who are being fed, then we looked around among the “ovis”. In adult ostriches, a rooster and two females live in a family, laying huge eggs every two days, one of which we also got to make scrambled eggs from. An ostrich egg is approx. corresponds to one and a half kg and 20 to 25 hen eggs. We also got a lot of nice ostrich feathers.

For us, ostriches are weird, big animals, with their huge muscular legs, they can run in steps of up to 4 meters at a speed of 60 km / h. They can live for up to 50 years if they don’t eat them by then. Their meat is delicious, the Ostrich Nest also makes salami, tied ham and pâtés, but it is also excellent for roasting. It is very healthy due to its crumbling, low fat and cholesterol as well as high iron content. We thank the owner, Eva Varga, for getting to know the world of ostriches on our Africa project day, and for tasting the special scrambled eggs made of ostrich eggs and the ostrich liver ostrich pate. And of course we also thank Lucky for the kind volunteering. ” Katalin Fülöpné Paksi, volunteer

Then on Saturday morning, with the help of Katika Fülöpné’s son, we managed to drill a hole in the two ends of the ostrich egg with a drill, and then we blew out its contents, which became 1 liter. Because it’s a much denser texture than a hen’s egg, we worked with it enough to blow out every drop of it. The eggshell was put as a keepsake. In addition, we got quail, hen and goose eggs from dear acquaintances, which we could compare next to each other. Since we made a fried egg from quail eggs and scrambled eggs from ostrich eggs, we experienced which egg is how easy or difficult to break.

At 9:30 the first presentation of the project day was given by two members of the group: Hanna Kovács and Maja Sas, who prepared a lot for their presentation. We were presented in detail with the climate, fauna, food, culture and curiosities of Africa. After that, we could listen to all this during the online registration of György-Dávid Valentin, who spent a few weeks in Africa as a volunteer. Valentin graduated as an agricultural engineer for economic and rural development at the Corvinus University of Budapest in 2017, making him the proud title of the first graduate of the Csányi Foundation’s Life Path Program. Since then, he has been working for KITE Zrt. As a parts sales manager in Kaposvár. In addition to the experience report, he also told about himself, the years of Csányis, thus motivating the group for later. During the presentation, illustrated with many pictures, we listened in amazement at how close he occasionally came to wild animals and what fantastic experiences he had as part of courtesy of the Foundation. We thank Valentin for his kindness and the detailed account that made us feel like we were part of his adventure in Africa. Good luck Valentin!

The guest of the day’s surprise was Lo Elhadji Malick of Senegalese descent, of whom I only told the kids in advance that he was African. Malick was born in Dakar, has lived in Hungary for 21 years, is a professional basketball player, coach and 205 cm tall. Not only his stature, but his heart is huge… which drums primarily for Africa. He told us in detail about the history of his homeland, the bitter period of slavery, the lives of his ancestors, his childhood in poverty. He told us about his motivation, how he was noticed as a basketball player, how to integrate in a country with a different culture. We have heard about difficulties, entrenched habits, religion, family, difficult destinies. The children drank with intense attention all his words, characterized by humility, openness, and a love of life. He also drew the attention of young people to be grateful to their parents and the Csányi Foundation for the abundance of help, as there were not so many opportunities in his country. Malick also recounted what instruments, and masks, borrowed from friends to this day, were made of, how, and for what purpose. We are grateful for the captivating performance, I am confident that Malick will be our guest at another time, to whom we wish all the best in the future!

Andi néni invited Malick, who my brother and I have known for a long time, for our African project day, as we have been playing basketball for years. Malick introduced us in detail to the curiosities of the Muslim religion, his family, the very important rituals and customs there. Interestingly, they ate very spicy, did not use cutlery, usually ate rice and fish, which they produced and hunted for themselves. He also mentioned that the standard of teaching there is low, even to this day. It used to be a French colony, so they learned French at school. After his presentation, we were able to ask him questions, which he was happy to answer. ” Hanna Kovács