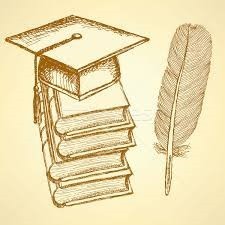 On the last week of April, graduate students of group 1 of Nagybajom, group 2 of Pécs and group 2 of Jászberény had their school-leaving ceremony. On Monday the final exams have been started.

On the first day

On Monday, students wrote the literature and grammar tests and the Final exams have begun with it which going to end in June. The students were given 2 worksheet. In the reading comphrehension part students got quote from Moravcsik Gyula’s „A papiruszok világából” titled book. Short questions were asked of this book. After that, in the composition part the participants could argue of Csoóri Sándor’s Nomád diary, or they could construe Tamási Áron’s „Szerencsés Gyurka” titled short-story, or last resort they could write a comparative analysis from Illyés Gyula and Vörösmarty Mihály poems.

„In my opinion, 60 minutes for the first part wasn’t enough. All of us almost chose the short-story analysis of Tamási Áron’s „Szerencsés Gyurka” writing. I think this was the kindest, 180 minutes was more than enough. I finished one and a half hour before. Good luck to all for the mathematics tomorrow.

„60 minutes was plenty enough for me in the first part, not to mention the second part”.

On the second day

Students had to solve matemathic exercises.

„The first part of math was easier than usual, the second part was harder but not too baneful…”

„I think the second part was easier. I could solve everything. As for me the first part was less symphaetic. I did better than I expected.”

On the third day

This time students had to give an account of their knowledge of history. There were questions about Athén’s democracy and Islamic religion, furthermore more questions were about the Hungarien state foundation and the War of Independence of Rákóczi. Last but not least the following topics were also appeared in the tasks: the ethnic relations during Dualistic era, Hungary’s role in the World War II, Kádár era and Romani hungarians’ situation.

“The history tasks and essays were good and writable”

„I took my final exam of 2 languages, although I have level C1 language exam of german, but I need plus points. I want to continue my higher educational at English-German course at the PTE teachers college. I think both of final exam were solvable, the english one was pretty easy. I finished my tasks soon, an half hour before.” Roubál Nikolett, group 2 of Pécs.

„From May 2 to May 6 we were attending final exams. Someone at middle level, someone at high level. According to the media, this year the tasks were easy and solvable, but somewhere seemed to be a hard challenge to do well the exercises, for example in the second part of the mathematics. We started the week with the literature and grammar test, that was a succes for most of us. The history exercieses contained every era and important event, but who came prepared and brought a good map could easily handle it. We closed the week with the languages exams, english was on Thursday, while german was on Friday.”