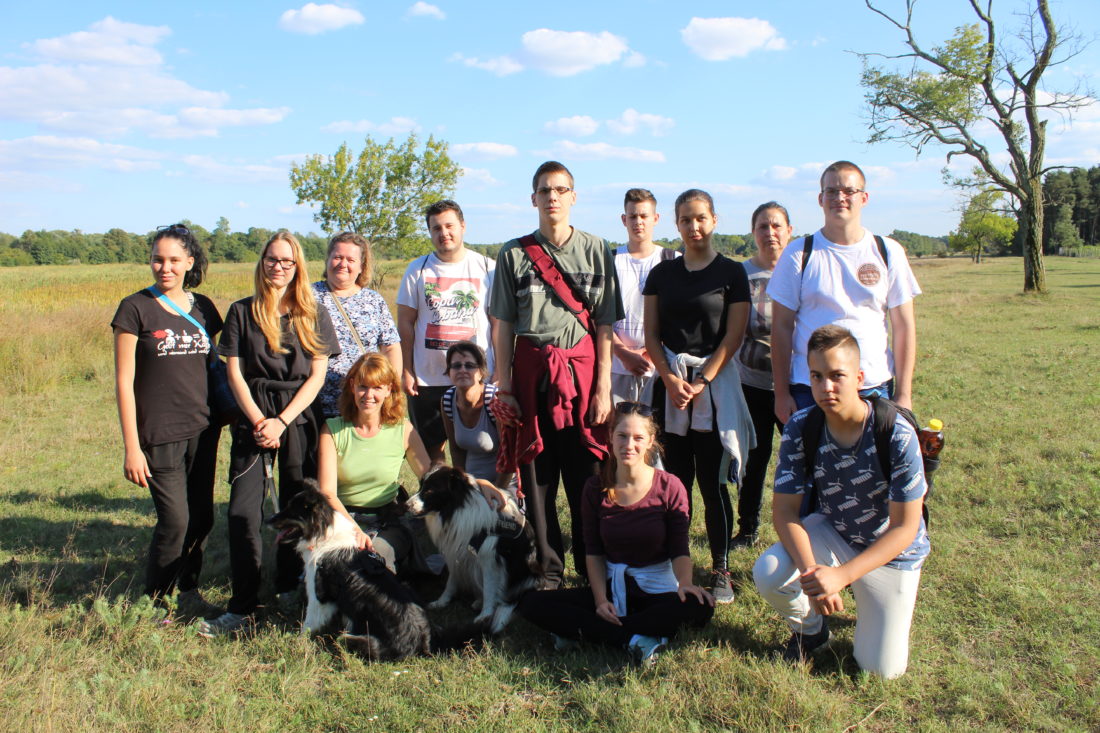 We ended the last school year with a tour, and we began the new one with another on the first Saturday of September. This time we chose a little different terrain, instead of the forest routes we usually take, we hiked in a meadow bordering a protected area. We left from Nadalos, a dead-end village in Inner Somogy, and after a short trip through a locust forest we got to know the flora and fauna of the meadow near Somogyfajsz. To be frank, I was sceptical that this meadow would offer as much visual beauty as, for example, the hilly Mecsek range did. But I was wrong! I felt as if I were in the savannah, at least I imagine a savannah to be something like this. Plants still blooming, small groups of trees, and a large forest visible on the horizon. We discovered some tracks, but the animals stayed in the safer, denser parts. A large part of the meadow was covered by ponds created by rainwater – at least on the map. Our mentor told us that she recommended this place because when she was here in May, the large system of ponds attracted diverse birds. Unfortunately – to our deep shock –, barely anything was left of the ponds, they had all dried up. There were still tracks on the embankments and dry beds, they were probably looking for drink water. We did see a giant eagle fly over us. I liked the landscape very much and I’m delighted to have got to know something new. The company didn’t disappoint me, we spent the tour in good humour, we conversed and discussed the ‘matters of the world’. We experienced climate change first-hand, since that’s probably the cause of the bone-dry lakebeds. ‘Happier’ topics also came up, though, such as the projects of the school year or our monthly activities. On my part, I can’t wait for what’s next! 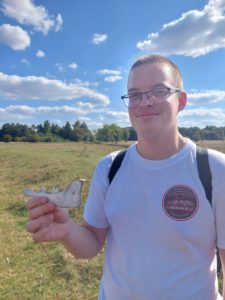 Excursion, a pleasant walk, wonderful weather, bird chirps and a superb team. If I had to sum it up in in short, this would summarise Saturday’s tour, the first of this school year, between Nadalos and Somogyfajsz. But there is always much more happening than that. Probably the most valuable are all the happy and liberated conversations, which bring closer parents and children during such a trip. Although we only saw the tracks of animals (most likely because the ponds had dried up), but it was almost incredible to see a dragonfly sit on a blade of grass for several minutes, letting itself be recorded, photographed and studied. 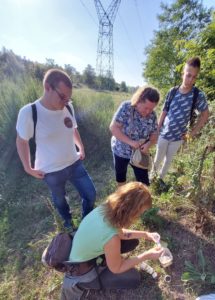 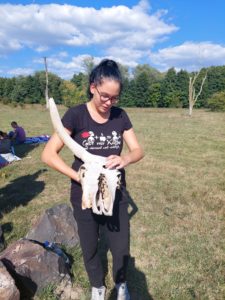 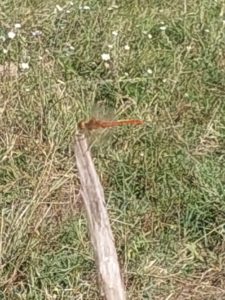 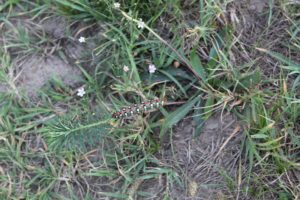 We also marvelled at two colourful caterpillars, which were new to me. And of course we couldn’t skip locating the geocache, as we do on all our trips, making an entry in the logbook and leaving a small present for the next adventurers. I speak fondly of the badminton games, the outpost, by which we found a dried bovine skull, or the cross and memorial standing in the middle of the enormous flatland, honouring a biologist who researched the area. As always, I can’t wait for the next trip!