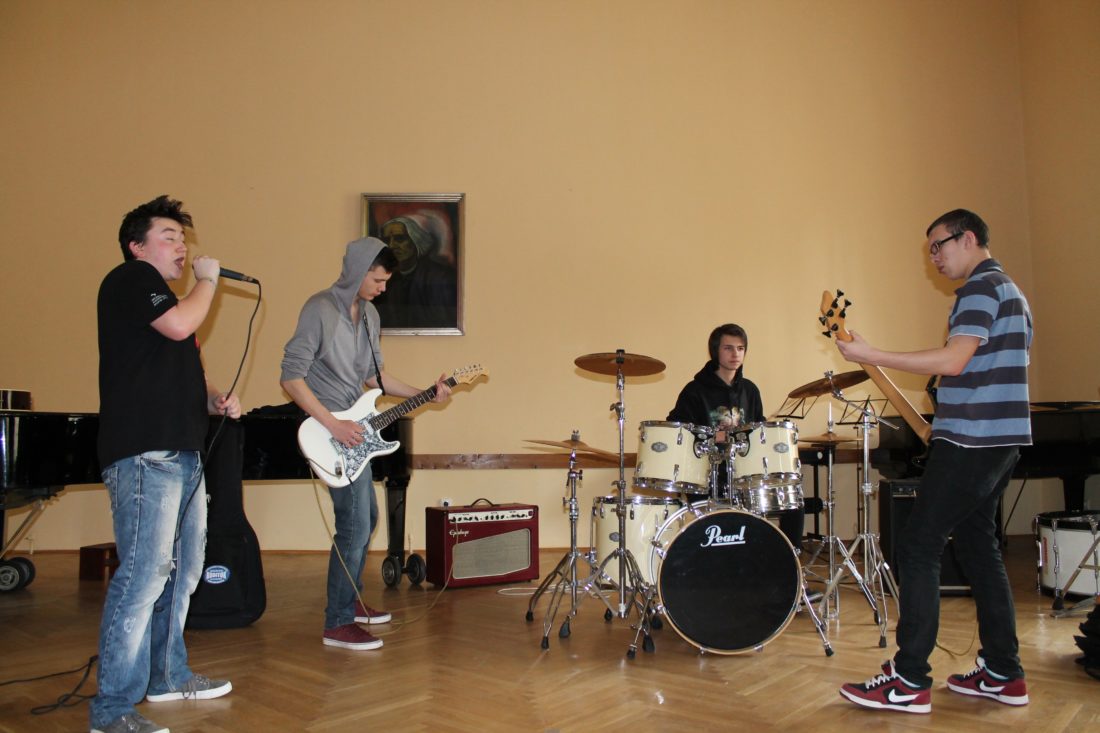 The members of Csanyi Band gathered in Kaposvár during the weekend in order to rehearse for the next week’s performance in Szeged. Young musicians coming from four different cities enjoyed the company of each other while they were practicing. They were led by Balazs Hornyak (mentor, music teacher).

The members of the band eagerly started rehearsing as early as nine o’clock in the morning. They worked out small parts and practiced the pieces of music separately. Musicians were playing from the repertoire of the previous concerts, and performances. The program of next week’s performance was set up by the members themselves. The aim was to let everybody show their musical abilities as a singer and as an instrumentalist as well. Good luck for the concert!