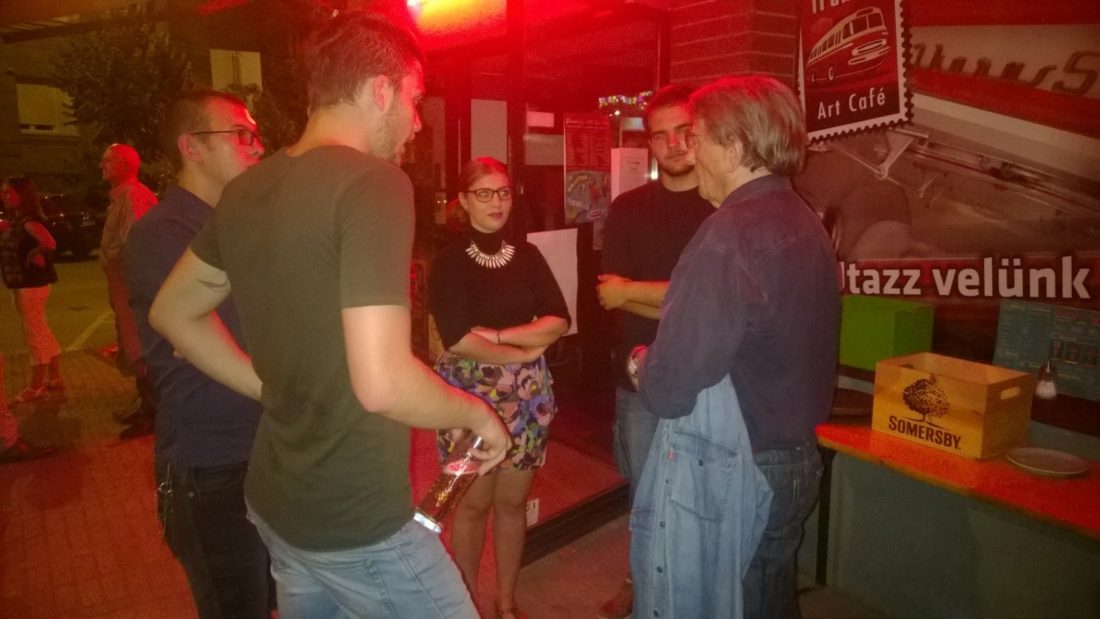 On the 10th September, our first exhibition took place at Tranzit Art Café, in Budapest. At the opening ceremony, Csányi Band performed.

We were extremely excited about this occassion. In the last two years, we were at lots of different places and took photos with the help of the Foundation. On our trips we took thousands of photos and we had to choose 12 of them. This exhibition could be visited between 10th and 16th September at Tranzit Art Café in Budapest.

The official opening ceremony was organised on the 10th September. After the greetings from Orsolya Egri, director of Tranzit Art Café; dr. Miklós Radoszáv, operational director of the Csányi Foundation and Anna Benczúr, member of group 2 of Szeged, the Csányi Band had a fantastic performance. During the concert, we projected a portfolio of the last two years in taking photos. Among the guest, we could welcome Zorán, member of our board of directors; Edward Papp, director of SMP and Judit Molnár, director of OTP Travel.

We would like to thank for the opportunity to the Foundation and to Orsolya Egri!
Nóra Nádudvari, Szeged 2.