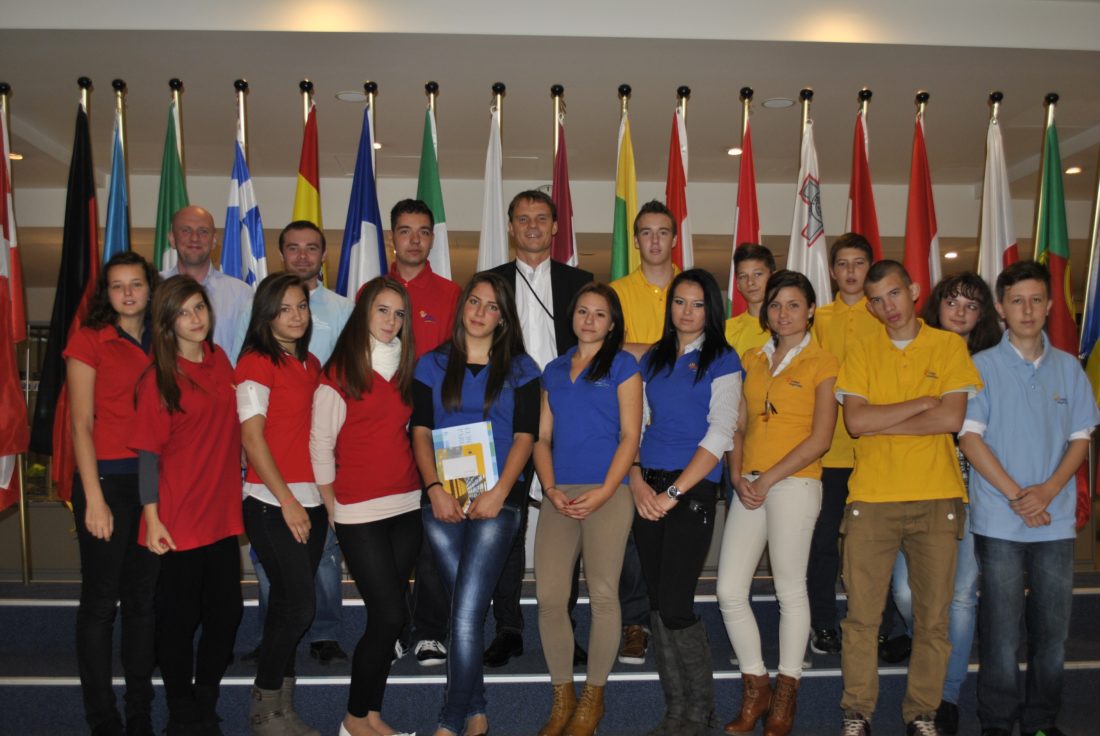 We hope we will be able to come back to Brussels once.

On the third day the weather was as nice as it had been earlier. The sun was shining while we were walking to the European Parliament. On the way to the EP we walked through the huge Royal Park, we could see the building of the Belgian Parliament and we had some minutes to take some photos in front of the Royal Palace.

After getting in the Parliament, Péter Láng who is the head of the Hungarian Communication Department, welcomed us. The subject of his presentation was the work, the structure and the everyday rutin of the EP. The presentation started to become a conversation, because we had lots of questions and we would have had more, but Erik Bánki, an MEP arrived who we said thank for announcing this tender competition. It was his idea. He is so genial and it was great to hear his presentation about the everyday work. Time was running and it was shocking when we had to leave the room, because the next group had just arrived. Of course we continued talking with him after taking some photos in front of the flags. After a short lunch we visited the Parlamentarium which is an interactive exhibition about the European Union.

In the afternoon we could explore the main square of the city. Of course we walked to the Manneken Pis, which is a well-known statue in the heart of Brussels. It is the capital of chocolate, so we had some free time for shopping. It was great to see some chocolate fountains.

In the evening we were invited to a programme to pay tribute to the heroes of the 1956’s war of independence. It was an unusual commemoration for us, because after some great speeches, the well-known Csík Band gave us a special concert. We met again Erik Bánki, who mentioned that he is planning to announce this tednder competition next year, it become a tradition.

If it happens, we wish to come back here to have some great again. Everything was there we could wish for: the great time spent together, beautiful city, the the good weather, the enjoyable conversations and the affectionateness of the people. We hope we will be able to come back to Brussels once.  György-Dávid Valentin, Kaposvár