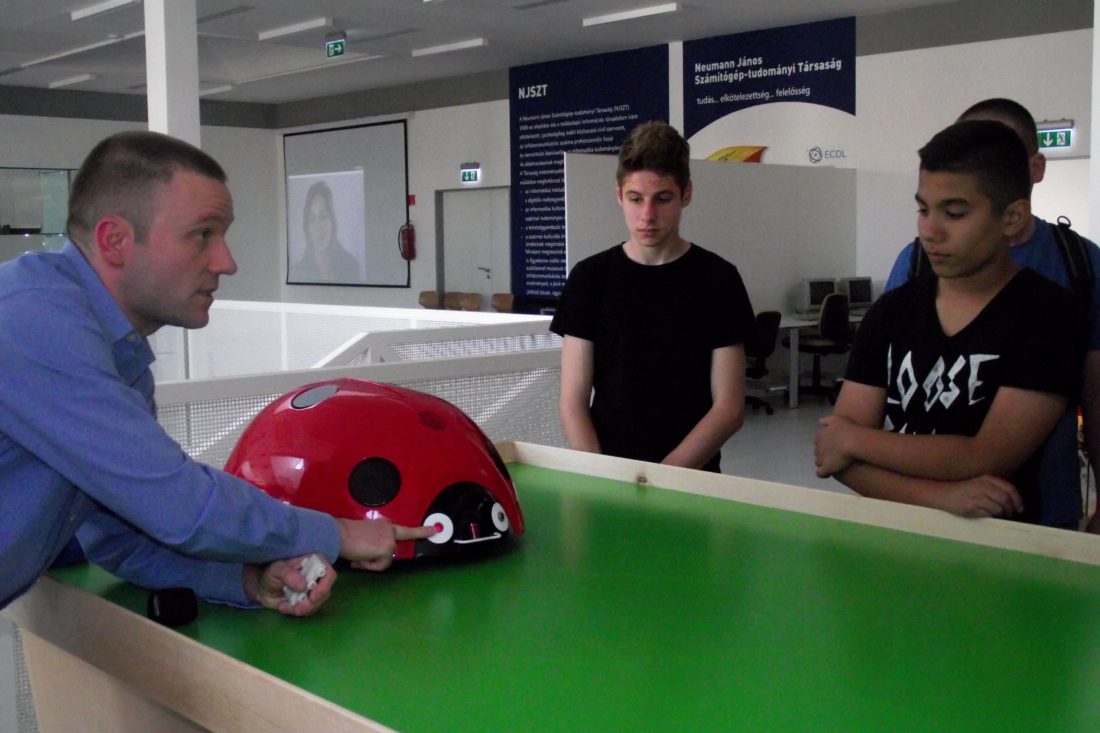 In heatwave of April my group met at Dóm square but as most of them were hungry we started the afternoon at the Boci milk bar. After lunch we went to the agora which was totally new for everyone. This is a four-storey building designed especially for exhibitions on science and technology. This is another new place in Szeged where people can learn as they play.

First, we visited the IT-history exhibition where we could have a glance of the development of IT from 1946 till today with showpieces like ENIAC, Ural, Minsk, Razdan3, Commodore and IBM. One chart showed us how fast the development of IT got in our days since smaller physical space required for bigger data store. We could admire the KATICA robot designed by Muszka Dániel in 1957 which is able to stimulate not only conditioned and unconditioned reflex but also able to show emotions which means it moves towards light and sound but if we poke it, it gets offended and only stroking makes it move again. We could play retro games on Commodore 64 and IBM computers and we could try ourselves with the help of the newest movement simulation technology.

Following the unusual IT lesson we watched the international folklore doll exhibition in another part of the agora. The afternoon was closed with an ice-cream party.