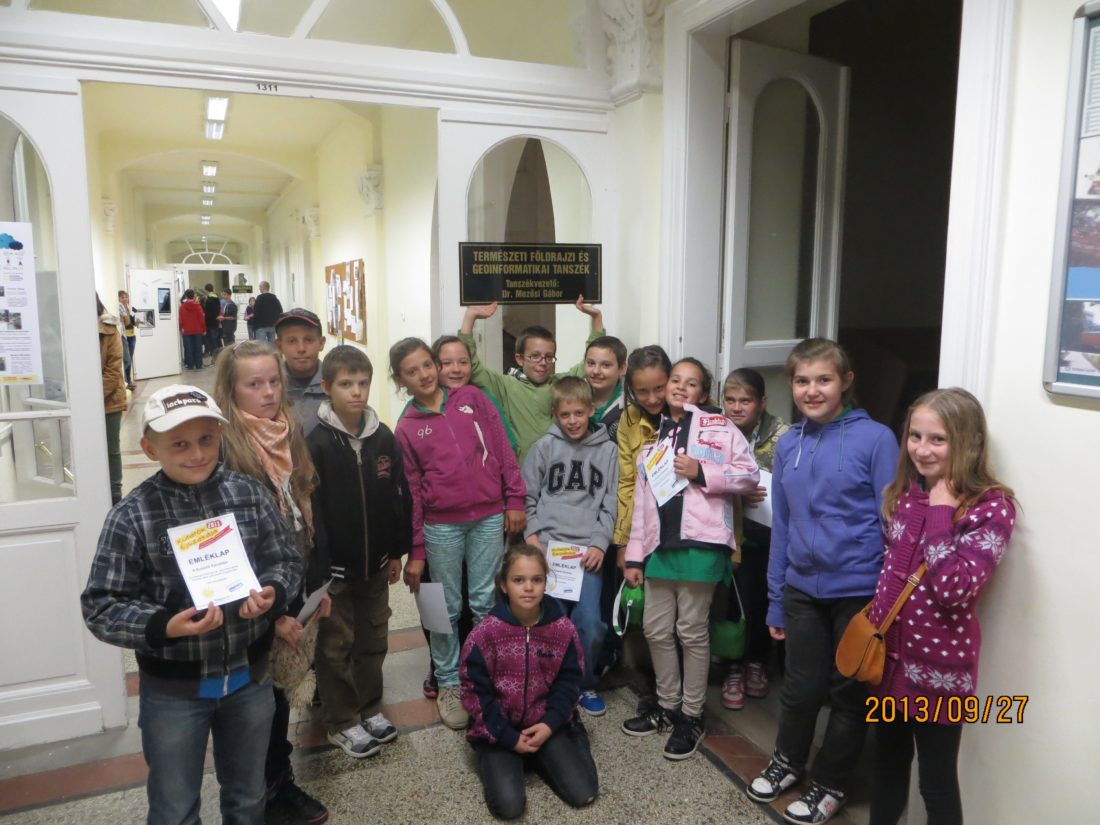 We were at Researchers’ Night

Group 3 from Szeged took part in Researchers’ Night for the first time. This programme has a reputation dating back many years. The group met at 5 pm in the community house from where we left to the University of Szeged Faculty of Science and Informatics after a quick brunch. During the lecture we saw the buildings of Szeged, then the landforms of Earth finally, we reached out to the farthest places of our closest space environment, the surface of the moon and Mars. The lecture was not a simple face-to-face talking but a 3D film, which we could watch through special, so called, anaglif stereo-glasses. We learned about the most important applied leaser air altimetry, the LIDAR, we took a virtual tour in the old riverbeds of river Tisza and Maros and we visited the old villages of our ancestors on a highly accurate terrain model. After the impressive lecture we strolled back to the community house where the parents picked up the children.
Next year we’ll be there at Researchers’ Night for sure.
Martincsek Zoltán, mentor