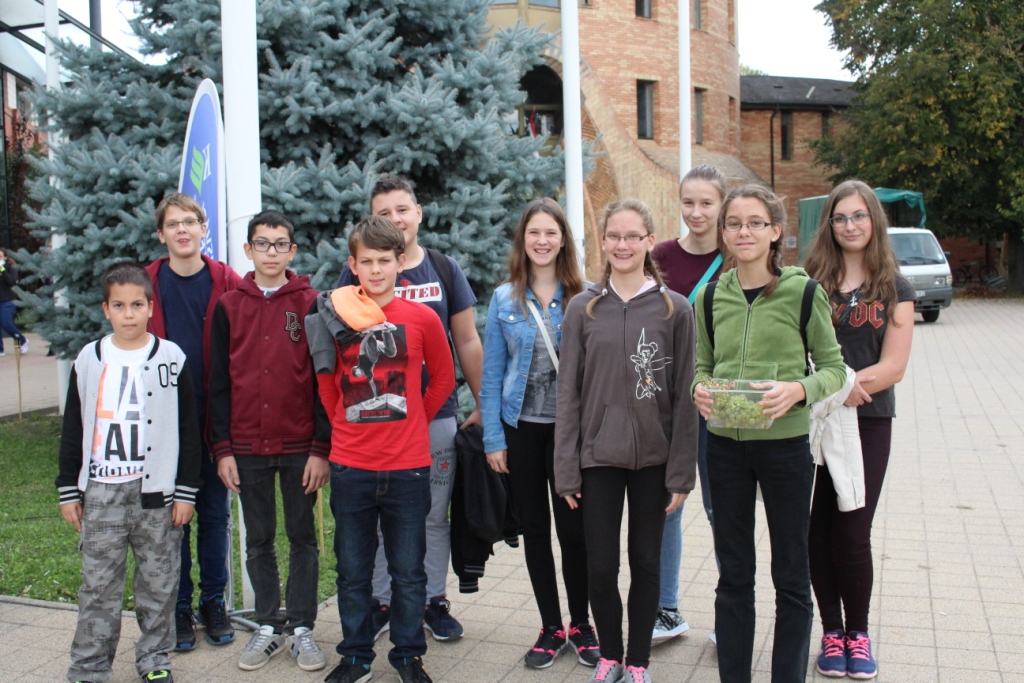 On 29th September the groups of Kaposvár visited an event dedicated to popular science hosted by the University of Kaposvár. A year went by since the last European Researchers’ Night and we couldn’t wait for the next one. First we attended a presentation about some really astonishing chemistry demonstrations and experiments. Afterwards we tried to solve some exciting murder mysteries in the library of the university. Meanwhile some of us listened to a thought-provoking presentation about the evolution. Right after another fascinating presentation followed, which tried to emphasize the benefits of eating insects. Those who were adventurous enough could even taste the various insects after the presentation was over. At the end of the day we had the chance to have a look around at the Institute of Diagnostics Imaging and Radiation Oncology, where we were informed about the operation of the CT and MRI scanners. We had an amazing time and it was great to spend this day together. 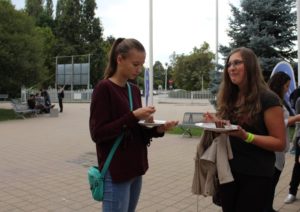 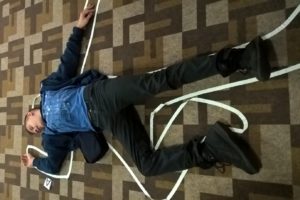 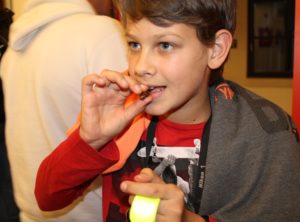 All three groups from Pécs attended the Science night programmes accompanied by sibling and family members at the Faculty of Engineering and Information Technology.
How we saw it…
We could take part in this year’s science night programme and saw many fascinating displays such as 3D design and printing, programming LEGO bots, and flying drones.
Csernyánszky Dzsenifer Pécs 3.

Another year has passed and we visited the Science Night programme again at the Faculty of Engineering and Information Technology in Pécs. We saw how a robot could solve the Rubik puzzle and we could try a formula 1 car as well.
Polgár Antónia Pécs 1. 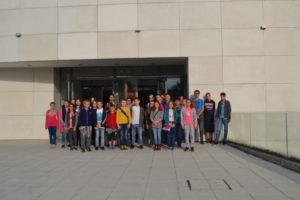 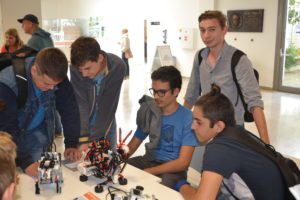 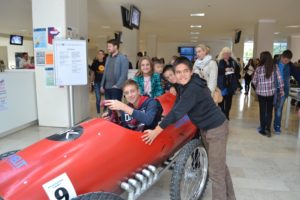 In the last seven years our group attended the “Night of explorers” with the organisation of our mentor. Since we are in the last school-year and have different plans for the future regarding the university, we could choose the program individually. The different faculties of the university made presentations about their most interesting and most important topics which would inspire our future studies. I attended two of these lectures: biology and geography. The biology one was about the human anatomy and it’s history. The geography lecture intruduced us the alteration of relief with the causes of it and also the importancy of modern maps. On these presentations we gained a lot of new and important imformations.

Group 3 of Szeged had a night out on Researchers’ Night on 29th September 2017. This year we went to the observatory in Újszeged where we could check and test some telescopes through which we saw not much due to the cloudy weather. But despite of the unfavourable weather conditions we could learn a lot about our universe, the starts and other planets. Before the observatory we also had fun in the ParaPark. Here, we were closed into three rooms and had to figure out our way using the hints and clues hidden in the rooms. This time we were lucky as we got out a few minutes before the deadline. 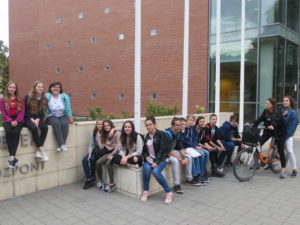 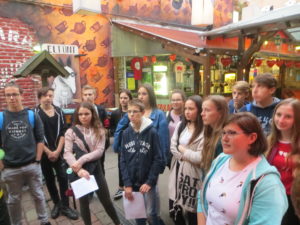 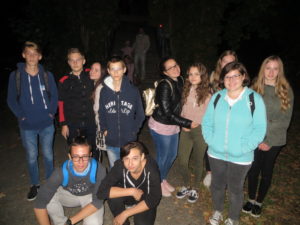