Dogs in the Hungarian Military Service 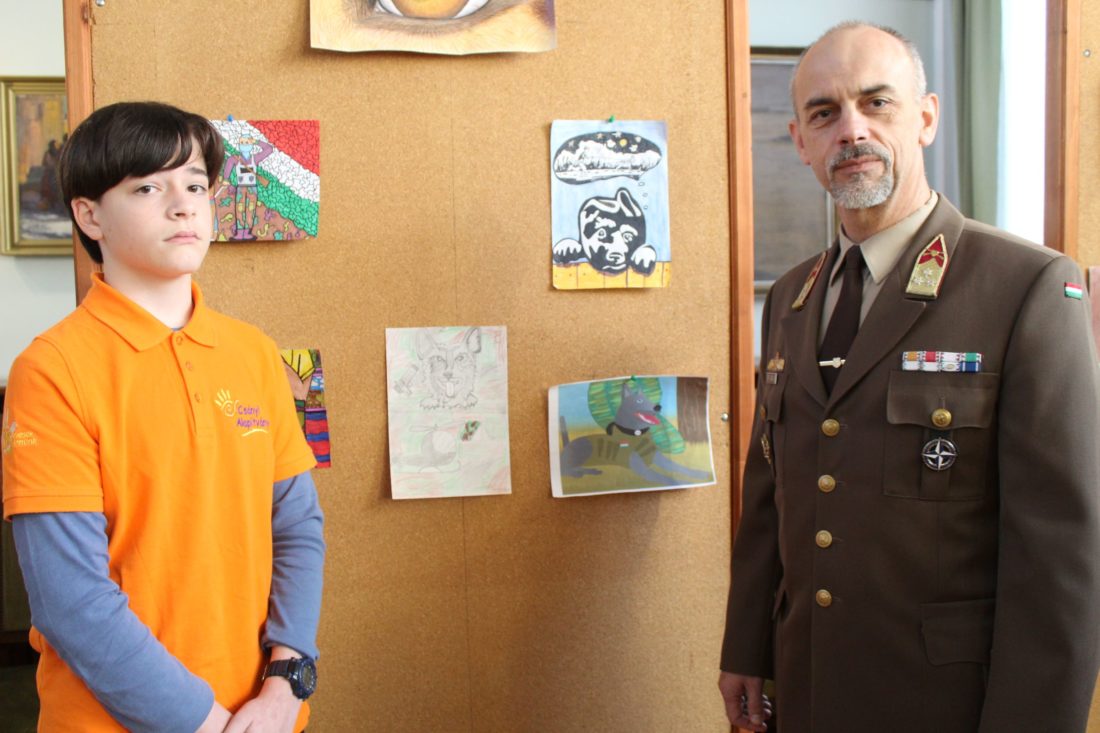 Dogs in the Hungarian Military Service

Zsolt Kovács is one of the main members of the Jászság 4 group, who has now shown his versatile talent in a drawing competition, which was brought to his attention by his high school art teacher, Tamás Nagy. Almost 300 entries were received for the competition “Dogs in the Hungarian Armed Forces” announced by the Jász-Nagykun-Szolnok County Territorial Defense Committee and the Szolnok Honvéd Sports Association, from which a professional jury selected the best. Zsolti created his work using a special technique, which was awarded with a special prize on December 13 in the Ballroom of the County Hall in Szolnok. The prizes were handed over by Dr. Attila Berkó, colonel Dr. Attila Ferenc Varga.

As the Ambassador of the Csányi Foundation, Zsolt proudly wore his Csányi T-shirt at this event as well, all the more so because the idea of the digital graphics competition is the result of the graphics section of the summer All-Arts Camp. In this camp, he became more familiar with this drawing technique, for which we also thank mentor Roland Szabó! Hábenciusné Balla Andrea mentor Jászság 4