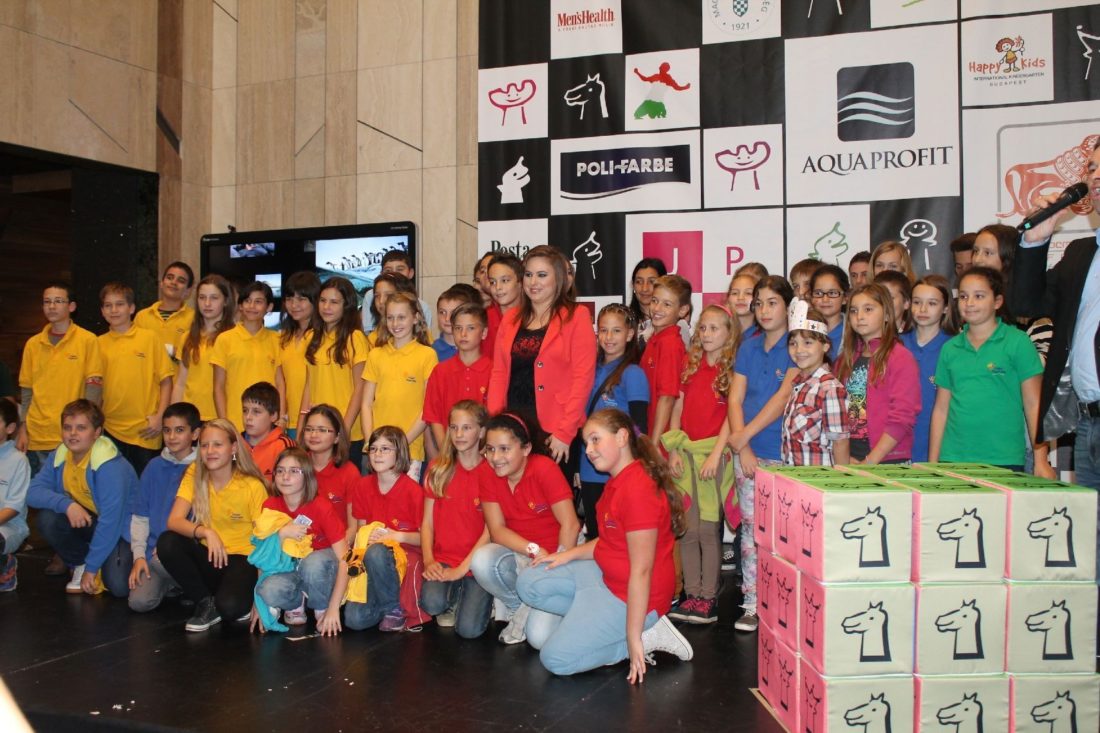 We were at Polgár Chess Festival.

Groups from Kaposvár, Mohács, Nagybajom, Pécs and Szeged of Csányi Foundation spent the 4th of October in Budapest at the 8th Aquaprofit-Polgár Chess Festival.

The competition was announced mutually by the Csányi Foundation and the Polgár Judit Chess Foundation. Those students who entered into the competition by tendering could participate at the all-day-long Festival in the Palace of Arts. The best tenderers got their reward from Polgár Judit personally. Special prize: Lassu Levente from Kaposvár, 3rd place: Horváth Anna (Pécs), 2nd place: Rácz-Vekerdi Janka (Mohács), 1st place: Trixler Zsófia (Kaposvár).

The best students who could play simultaneous with Polgár Zsófia were: Bártfalvi Benjamin from Pécs and Kern Andor from Mohács. Bozsoki Balázs from Kaposvár could play with Polgár Judit.

The children were proud of playing with the Polgár sisters. Congratulations to them!

We also wold like to say thank you for this day.