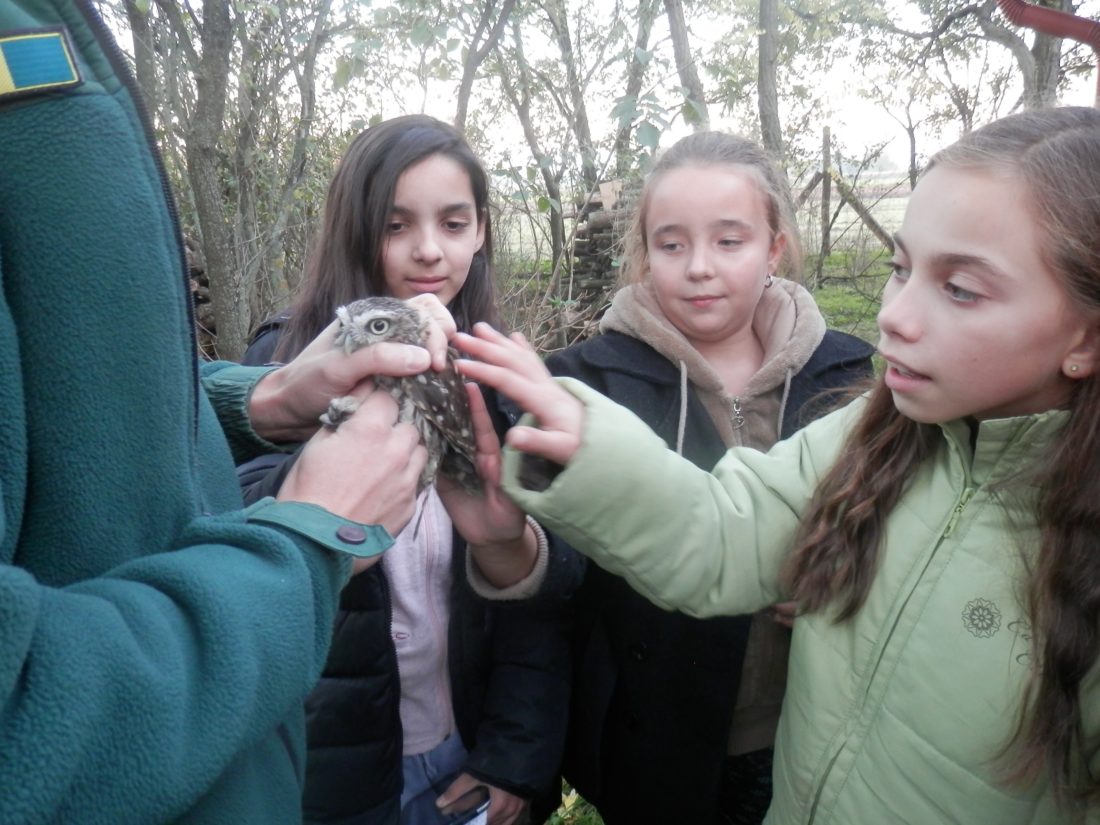 When Aunt Eszter arrived, we didn’t suspect what kind of adventures is waiting for us instead of language lessons.

When we were together, she told us we have a special day: we visit the near fowler station, which is a bird hospital, too. Between Jászberény and Jászárokszállás works the „Sasközpont”, our surprise program’s place.

Two young fowlers have bet us and under their direction we visited the healing birds in aviaries and birds which were held without permit and were confiscated. We have seen Imperial Eagle, White-tailed Eagle, Short-toed Eagle, Saker, little Screech-owl, but two flightless storks was walking on the sidewalk peacefully and three young greyish swans was grazing on the grass.

It was great experience for us to set free some little birds, which were caught half an hour before our arrival, and fowlers had measured and ringed them. We learned many things during the spent out time, and we heard a lot of interest. Let’s try out yourself! Did you know it?
•    How can you determine the gender of Great Tits?
o    You have to see between its feet to determine that the black loach widens or narrows towards its tail. If the loach widens you catch a male.
•    We thought we could see the smallest bird of Hungary in turn there is a smaller.
o    The Goldcrest.
•    Why sould we put one size larger ring on the greenfinch’s feet than it’s needed?
o    Because it has very strong grain-eating beak so it can put the ring off easily.
•    We learned an interesting thing about redbreast’s eyes, because it has relatively big eyes.
o    Notably it hunts in twilight, forests, under bushes, it is the predator of the herb layer.
•    Why screech-owl is called death-bird?
o    Because when there was a very ill or dead person in the house and someone kept vigil, many moths appeared and moths are the main nutrition of screech-owl.
•    We spent the afternoon very useful, we love surprises!
Jászság 2 group