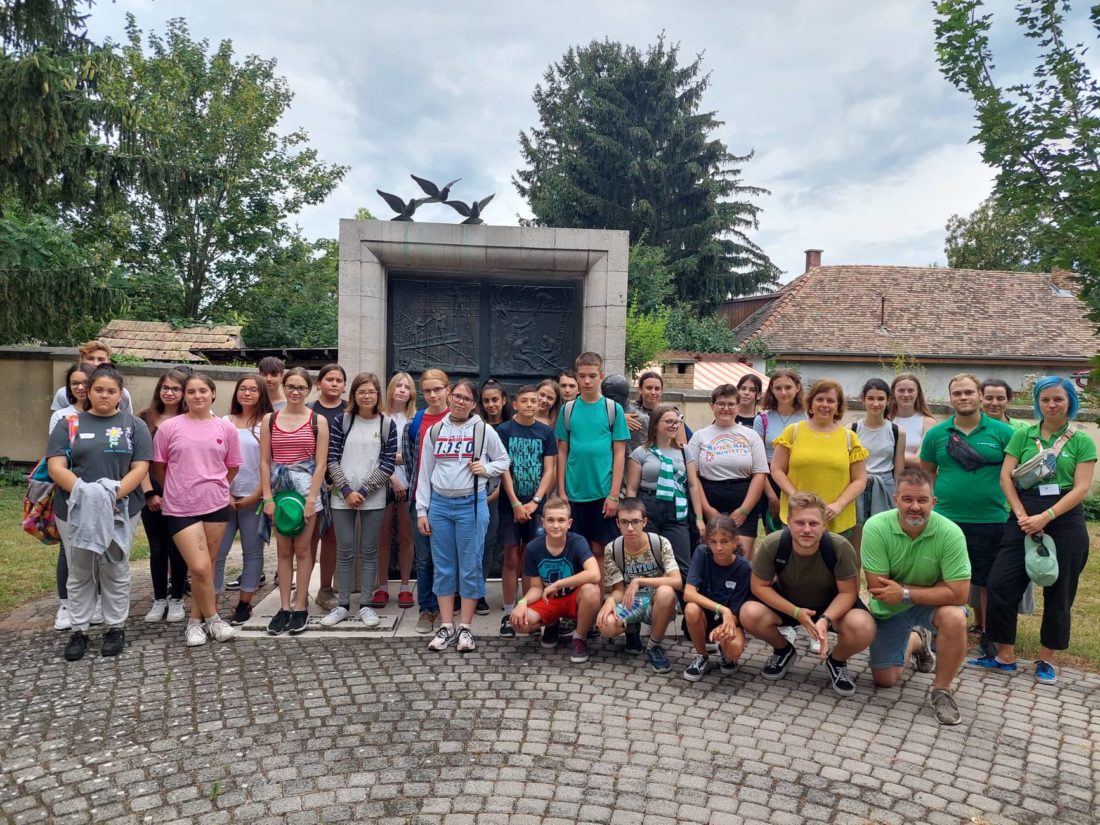 On July 25, at 9 in the morning, we reached Balatonszemes, where the OTP Fáy András Foundation team was waiting for us. The people of Jászberény joined us in Inárcson, and we welcomed them with great joy. After we arrived, we took our accommodation, then we received a short introduction from the trainers, and a lifeguard gave us a short lecture about the dangers of Lake Balaton. We learned what to do in case of trouble, but we talked much more about how to prevent it. We found out the rhythm of our days here, and then we got to know each other through funny games: we introduced ourselves with alliterative names, then we got into pairs with the help of names written on hats, and we collected names for characteristics. The evening was spent in a very good atmosphere, we were able to learn many new things about our colleagues, and we were able to get to know the trainers better. This is how we ended Monday. We started Tuesday with sports, with which we can collect chips. This will be very important at the end of the week, as we compete in 3 groups and with this we can even win a gift. Some did gymnastics, and the other team ran 2 km on the shores of Lake Balaton. After breakfast, the training sessions began in 2 groups. It was about the evolution of money, during which we played a lot, also related to financial matters, the training was in a very good mood. After lunch, we visited the local postal museum, where we were awaited with interactive games, and we were able to see the means of transportation of the post office. From the beginning, from the horse-drawn carriage to the car, transportation has undergone a great development. We were also able to enter a post wagon, where it was found from the packages that it was possible to post a live animal, for example a small chicken in a basket, but we also found a fat can among the packages. In the afternoon, we could choose from 3 programs: beachcombing, socializing and sports. We ended the day with a row competition, in which we completed exciting and creative challenges and earned many chips for our piggy banks. It was a perfect end to the day! 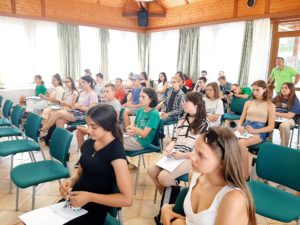 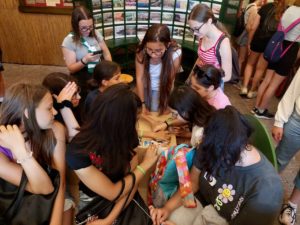 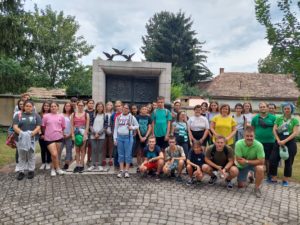 On June 27, the morning of the third day of our camp, the small group sessions continued, for which our trainers prepared with playful tasks. We could try ourselves in several roles, for example: we could be bankers, entrepreneurs or customers, we had to make many decisions along these lines, so we didn’t have time to get bored. After lunch, the “pig teams” met to brainstorm what play to perform at Friday’s gala. After that, we went down to the Balaton shore, the whole team was together. It was possible to socialize, bathe, play football and play beach volleyball. Fortunately, the water was now warm enough to bathe. In the after-dinner program, we had a lot of skill tasks waiting for us. We had to build a cube with the greatest and highest sum possible under given conditions, since the cubes were worth different points according to their color. With the help of two ropes, we sent balls to the goal, for which we also received points, and at the last station we sang a part of the song Úristen, in a different style for each team. So we performed this verse in a fun, rap and metal version. During the evening, we were enriched with very good experiences, everyone performed superbly. 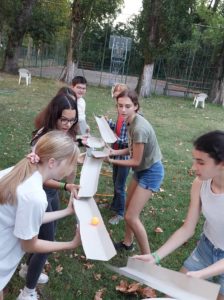 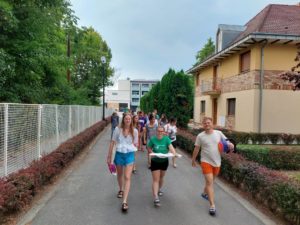 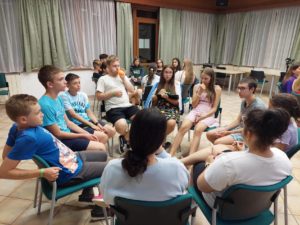 Our day on Thursday also started with a 6:30 wake-up call for those who voted in favor of sports and getting extra points for their team. Now you could also choose whether you want to revive your body with running or gymnastics. After the hearty breakfast, we continued the training on financial knowledge, this time we learned about the concept of savings, risk and money management in a playful way. After lunch, the teams competed in a quiz game combined with a city tour. We visited the statue of Saint Antal and Zoltán Latinovits, the former steam locomotive, where we read information from the signs next to them, but it was also necessary to take photos and sing at some locations in order to achieve the maximum score. Back at the lodge, the pig teams perfected the show for tomorrow’s gala. After dinner, we went swimming in Lake Balaton, where we could enjoy the wonderful sunset. We ended the day with a splash in Lake Balaton. 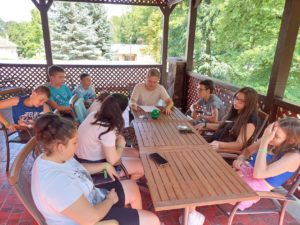 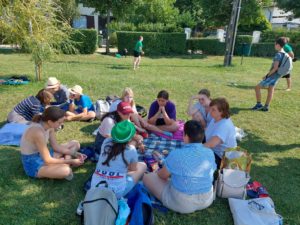 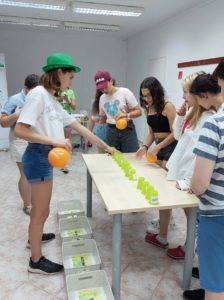