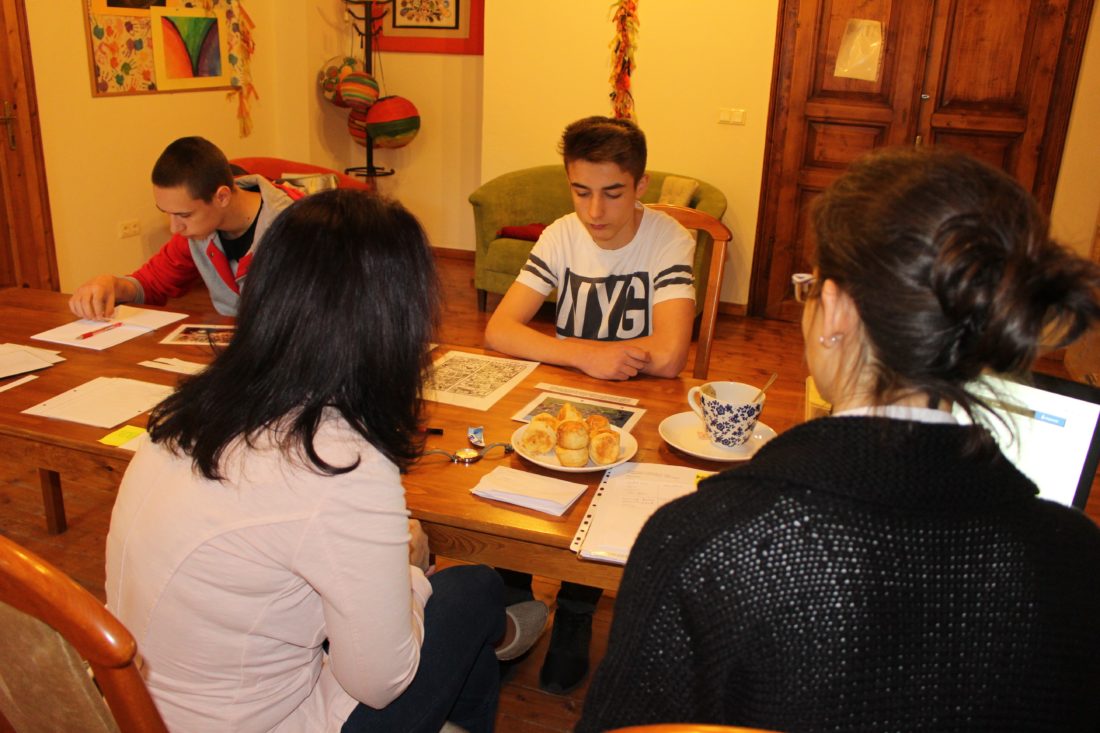 The last round – the last stop is JászberényOn 22 April we held our end-term verbal language exams. We could show how much we improved since December to two different juries. First the German exams took place. There are plenty of us whose plane ticket depends on this exam today. We hope that everyone succeeded with their turns, because we studied a lot for this and the language exams we are taking before the summer break.

The 4th station was in Kaposvár: Today marked the start of the second round of the English and German oral exams in Kaposvár. We all were very excited to see how we do in the exam. First came the advanced speakers with more challenging pictures to describe and topics to talk about. Then the beginners and intermediate speakers followed. We hope we managed to do just as we were expected to. Can’t wait for the results, though, since I’, sure every one of us wants to go to one of the summer camps abroad. Andalics Enikő, Palkó Richárd Kaposvár 2

The third station Nagybajom: “We had the possibility to be in the role of a teacher. Furthermore we were able to give feedbacks and even support the students. For improving their English giving them some advices. It was a pleasure to work with the Foundation because the community house has a wonderful environment to learn and to teach. Personally, our impression was very positive about the Foundation. We think it supports the youth for the real exams and the life. Usually it is very hard to learn a new language in school. This was a precious moment for us in our European Volunteering Service because we could also improve our English skills and interact with a real Hungarian organisations and youth. We were glad if I we could have a chance to join this activity again in the future.”
Best regards! Hadi bye bye! Es war mir eine Freude! Sizinle tanistigimiz ve bugűn siye katildigimiz icin cok memnunuz! Batuhan Aydogan „Batush” (Turkey), Yeliz Anakaya „Tiny” (Turkey), Dominik Fechcner „Domingosch” (Germany) volunteers from COMPASS

The second station Pécs – After the spring break we were waiting for the final oral exam with great enthusiasm in the Community House of Pécs. We were extremely happy to gain newer experience from a teacher’s point of view. It became easier for our students to handle the stressful moments before the exam. We could observe that the children were well-prepared since they were able to talk about the given pictures with self-confidence. Moreover, solving everyday situations came easily to our students. Most of them have already been prepared to take the elementary language exam. The older language learners also proved how much their language skills have developed this year.
Jobbágy Kata, Bali Zsanett, Papp Tamás language teachers

The first stop is Szeged: On the last day of the spring holiday the last round of the Foundation language competition was organised, which was closed with the second round oral exam in the Community House of Szeged. On the 18th of April, 2017, we came together in pairs in the house to give and get feedback of our whole-year performance, and of course, to know whether we qualify this year’s language camp in Germany or in the UK. Two languages, German and English, and three levels were spoken in the house that time (basic, intermediate, advanced). Besides the possibility to travel abroad, we were also curious to know how much our language skills have developed during the past one year. Obviously, we got the answer for one of the questions and now we know those areas that need to be improved or stabilised. In the name of the three groups of Szeged, we would like to say a big thank you for the lessons and exams for the Foundation.
Rully Vanda Szeged 3., Koza Attila Szeged 2., Kovács Dániel Szeged 1