Starting the year at the Student’s Congress 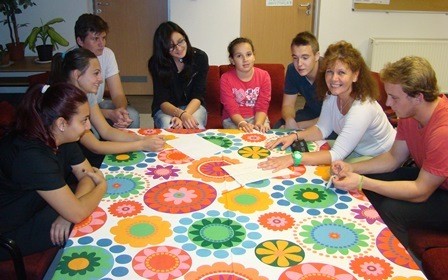 Starting the year at the Student’s Congress

The first meeting of the Student’s Congress has been held last weekend just before the first round of the football championship.

The members have summerized the experiences of the last year and then made up their plans and tasks. On this meeting, Horváth Péter, from group Kaposvár 3 has renounced his presidency because having too much work at university. For the next two years, Szabó Gábor, from group Pécs 2 will be the president. One of the plans, is to have an idea box in each community center, so everybody could share his thoughts and plans and make life at Csányi Foundation more colorful. As well as last year the Student’s Congress is going to organize a competition with a title of Color your World. They also help to organize the football championship this year with the largest number of participants. On this long meeting we have talked a lot about how to strengthen the convergence within the groups and how big is the need of making the social life better.