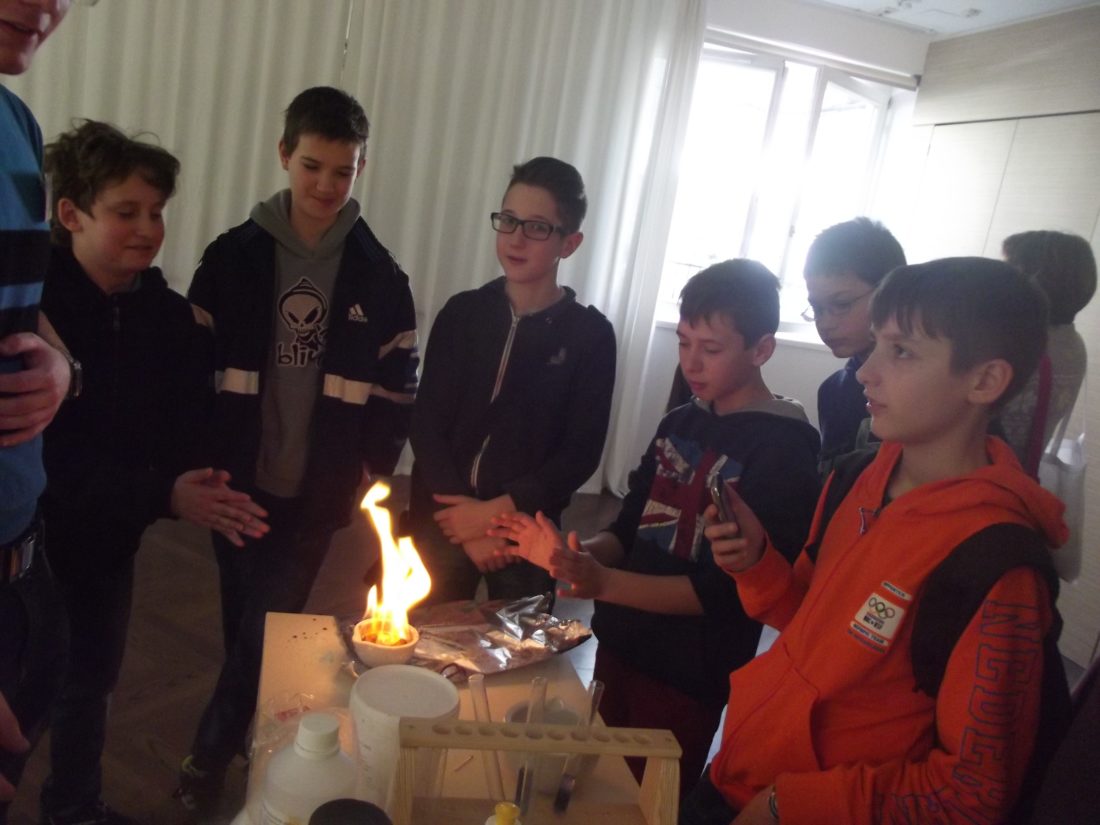 On 22nd March, we were in the MOM Cultural Centre. We could join into the work of several kinds of creative yards.

We worked behind tables and made scale-models of  towns and villages where bridges were made of pasta. We were also planking through the morning,butour favourite was bindering and experimenting. By bindering we could leran all the steps of it and we also made little notebooks by ourselves. There were some difficult steps so the masters helped us to do them. The guys were really interested in experimenting so they were standing int he first line and they asked a lot of questions. They asked so much that they made friendships with the leaders of the experiments. The boys burnt coins and they painted the flames to red,blue and green. There were ammonia fountain, rainbow bridge and vulcanic eruption in live.We also tried some board games, which were very amusing and entertaining. We would also like to congratulate to Anna Major who could receive her award here.